ECOSWF
Englewood Sun - July 28, 2022
​Mosaic workshop includes words, song
By DANIEL SUTPHIN, STAFF WRITER
ARCADIA — An 11-year-old Arcadia girl received a standing ovation Wednesday during a Mosaic phosphate mining workshop in DeSoto County.
During public comments, Michelle Nico Solis used her 3 minutes to sing “Colors of the Wind” from the Disney film “Pocahontas” in support of the land and wildlife. The fertilizer company’s opponents say mining practices are harmful to Florida habitats, wildlife and waterways, specifically the Peace River and its adjoining streams and estuaries.
“You think you own whatever land you land on,” Solis sang. “The Earth is just a dead thing you can claim, but I know every rock and tree and creature has a life, has a spirit, has a name.”
No official action concerning phosphate mining was taken at the wildlife-focused workshop. “That takes a lot of guts,” County Commissioner J.C. Deriso said.
Other commissioners also lauded her.
“Our little girl that sang today was awesome,” County Commission Vice Chair Judy Schaefer said to close the workshop. “If we can take anything away from today it’s that and a smile.”
Mosaic owns around 23,000 acres of farmland in DeSoto County. The company wants 14,000 of those acres rezoned to allow mining.
The workshops are part of a 2019 dispute settlement between the county and Mosaic, after county commissioners denied the rezoning in 2018. The workshops are set to continue through 2023.
After that time, Mosaic plans to resubmit its rezoning request to DeSoto County commissioners.
Mosaic public affairs manager Jackie Barron told The Daily Sun the company doesn’t plan to refile the request until 2025.
Mosaic’s lead ecologist Raoul Boughton was one of three presenters at the meeting.
Shannon Gonzalez, a senior ecologist/principal of Flatwoods Consulting Group, and Kevin Erwin, an ecosystem ecologist Erwin Consulting Ecologist, also spoke.
Boughton provided details on animals that would have to be relocated during the mining process and briefly spoke on the reclamation requirement for the land once it would be mined.
Since 1975, every acre mined and disturbed is reclaimed and that reclamation must be approved by regulatory authorities, such as the Florida Department of Environmental Protection, the Florida Fish & Wildlife Conservation Commission, the U.S. Army Corps of Engineers, the U.S. Fish and Wildlife Service, among others.
That land is then used to create native habitats for wildlife, residential uses and more.
“When you’re impacting during mining, pre-mining, after mining, we have specific and special programs directed to deal with those, and specific and special permits that have to be gained for anything or for endangered species,” he said. “They can be from federal or state depending on the level of protection the animal has.”
Of 30 different species, he honed in on gopher tortoises, the Florida scrub jay, the eastern indigo snake and the Florida burrowing owl to save time.
“These four currently have active programs and active research on what we’re doing with these species,” Boughton said. “Mosaic really is committed to wildlife (and) minimizing procedures that impact wildlife. We educate staff — that is a minimization — so they know what they are looking at out there and we can move them out of harm’s way.”
Boughton said the company has both onsite and offsite conservation areas for animal relocation.
“We have our own conservation easement but we also do an offsite and some of the conservation easements are owned by other people,” he said. “We do move gopher tortoises, for instance, to gopher tortoise recipient sites and other conservation easements for other purposes.”
One such area is on reclaimed land near Duette Preserve in Manatee County.
County Commissioner Jerod Gross said reclaimed land will never be the same as it was before mining.
“The displacement of the wildlife during the mining — the seed source for wildlife native vegetated landscape — it takes years for that land once you strip it of the native soil, it never really goes back to existing soil in native creation,” Gross said. “Knowing that the land has been stripped... those conditions for the gopher tortoise is never going to be the same. That soil and the conditions just aren’t the same as what they were the day you cleared that land.”
DeSoto County resident Roxanne Cross believed the amount of animals that would have to be relocated in the 20,000plus acreage would be massive.
“The amount of animals that would have to be relocated is mind-boggling to me,” Cross said during public comments. “They’re not all going to survive if you keep crowding them into the conservation area. Gopher tortoises are territorial. Where do they plan on putting them? You can’t just crowd all these animals that are territorial.”
Email: daniel.sutphin@yoursun.com
From: Brooks Armstrong, president of People for Protecting Peace River
Date: Sat, Jul 2, 2022
(email regarding June 28, 2022 DeSoto County Board of County Commissioners meeting)
​

Comments to Florida Public Service Commission regarding Florida Light and Power
June 2022
Florida Rising and the Environmental Confederation of Southwest Florida (“ECOSWF”) filed these comments regarding the 2022 Ten Year Site Plans, specifically, the Ten Year Site Plan filed by Florida Power & Light Co. (“FPL”).
FPL’s recommended plan based on hypothetical “extreme Winter” scenarios is divorced from sensible utility planning and appears solely designed to justify ever-expanding generation costs on an extremely overbuilt system, in order to further increase FPL’s already excessive profits. The unfortunate cost of this continued plan for gross-overbuilding will be evermore ordinary Floridians who will suffer because they cannot afford FPL’s record-setting electricity bills. Too many families already cannot afford electricity from FPL, with tens of thousands already having been disconnected for their inability to keep up with FPL’s ever-increasing bills. Any further increases, justified by FPL’s Ten Year Site Plan, will only push more Floridians over the brink. The Commission must find that FPL’s recommended plan is not suitable. Furthermore, if the Commission is inclined to find it is suitable, and also inclined to give such a finding any weight in a future proceeding, it must do so via an evidentiary proceeding under chapter 120, as Florida Rising’s and ECOSWF’s substantial interests would be impaired by any such precedential decision.
---------------------------------------------------------------------
Follow-up Note from Bradley Marshall, EarthJustice, July 2022:
We are relieved to see FPL withdraw their extreme winter “recommended” plan.  It lacked justification and would have led to even more unnecessary generation and thus even higher bills for FPL customers.  It was due to be rejected for all of the reasons we laid out in our filed comments on behalf of Florida Rising and the Environmental Confederation of Southwest Florida. 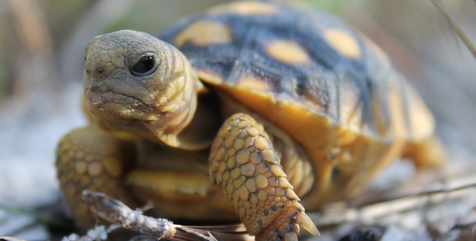 The Coastal Wildlife Club has a wonderful website that provides information on nesting, beach protection and information on the species that nest on our local beaches.

Linda Wilson, ECOSWF Treasurer and member of both of the above organizations.
EPA warns that even tiny amounts of chemicals found in drinking water pose risks
read more